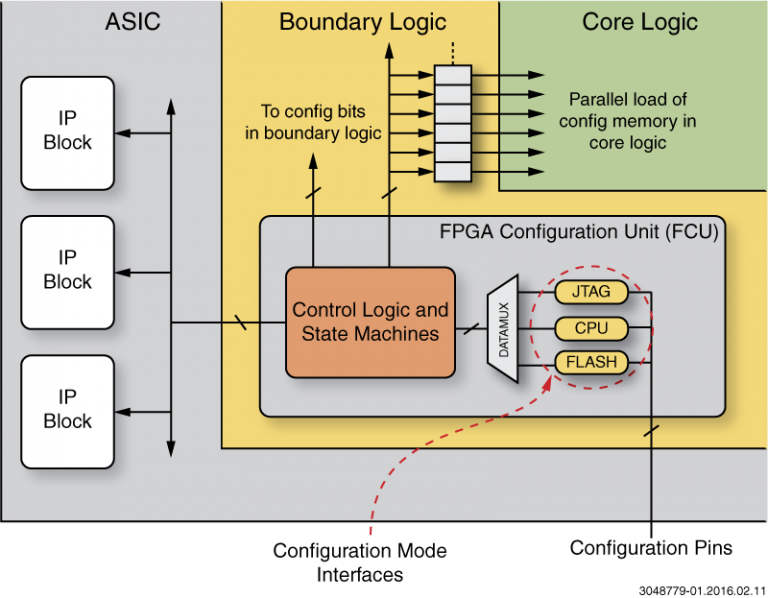 Each of these three configuration modes offers unique advantages.

The FCU’s CPU configuration mode allows an external CPU to act as a master to control the programming operations for the Speedcore eFPGA, which acts as a slave in this mode. The CPU mode operates over a 1-, 8-, 16-, 32-, or 128-bit wide parallel interface. 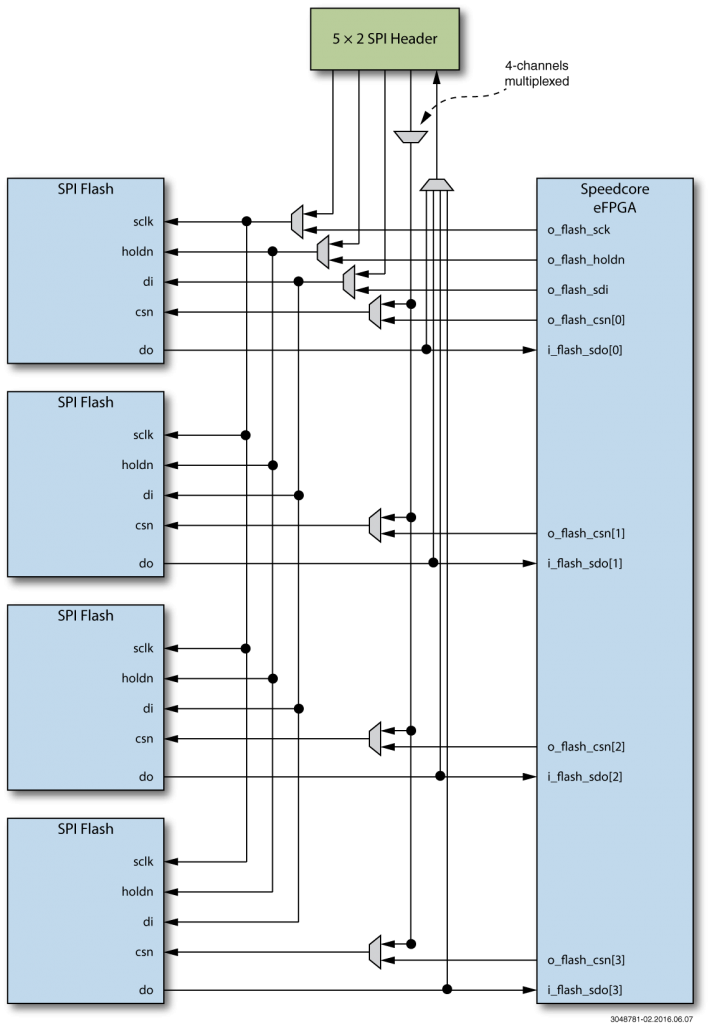 The FCU’s JTAG configuration mode employs the Speedcore eFPGA’s JTAG Tap controller, which complies with IEEE Std 1149.1. Because the Speedcore JTAG implementation is used for bitstream programming as well as for real-time, in-system control and observation, the JTAG TAP controller is allowed to take control of the FCU upon receipt of the appropriate data register (DR) command, regardless of the eFPGA’s configuration-mode pin settings.